Just recently I’ve had a couple of conversations that have prompted me to try to catch up with technology.

Firstly, I’ve been speaking to somebody about using an iPad as a camera, which from my standpoint as a traditional photographer, doesn’t come naturally.   So having had a little practice, I decided to post an early effort – some tulips that are currently brightening up our home while it blows a gale and teems with rain outside.

My first observation is that the camera is the equivalent to a 35mm focal length lens on a traditional camera, which means that you have to get reasonably close up to the subject to fill the frame.   Not great for landscapes as the subjects tend to be too small and insignificant, but certainly good fun for subjects closer up.

Another point that has really surprised me is the quality of the pictures.    They’re never going to compare in sharpness to my pro lenses, but in the context of smaller images to be uploaded to the web they’re amazing!

The last remark I would make is that I was concerned how unwieldy the iPad would be to use as a camera.  Bizarrely, although it takes a certain amount of getting used to, a big benefit to me was the image on the large screen that  allowed me to compose and take the image well enough without my glasses on, which is something I cannot do with either my phone or small compact cameras.

Another subject that is close to my heart is manipulating images in post-production.    Although detailed working is not easy at the moment, the choice of apps for the iPad is boggling, and frankly, from a professional standpoint, it’s a bit depressing that it’s possible to get such good results so cheaply and easily. 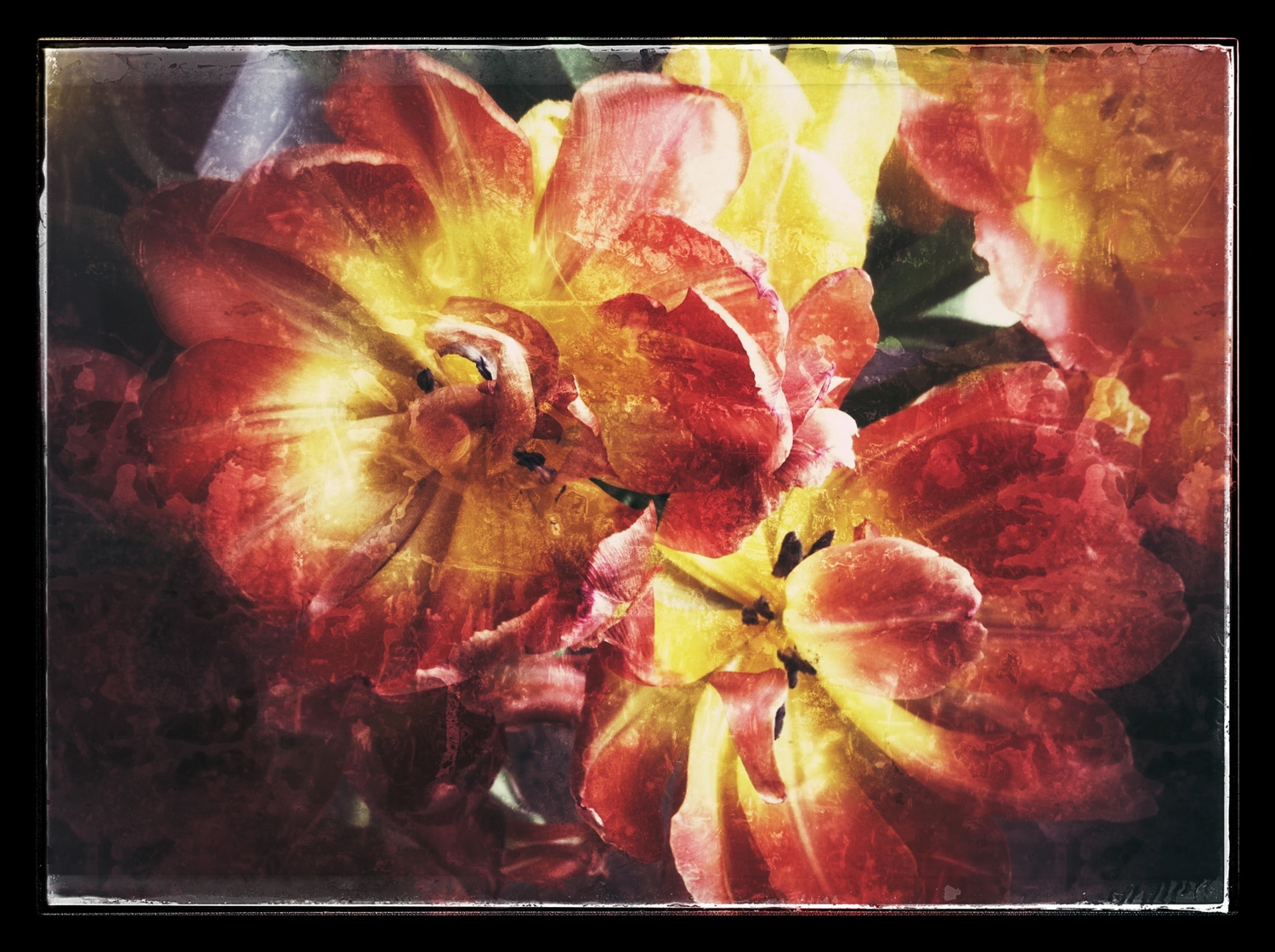 This second image of the tulips has been treated to a Vintage filter with a frame in a free app called Snapseed.    I can remember spending hours in early versions of Photoshop creating very similar effects, but now, just minutes.

And so to the last part of my attempt to chase after technology.  With my cycle tour coming up, I’m very keen to blog while I’m away but up until now have only submitted new posts from my laptop (which I’m not taking with me).    So this post has been put together on my iPad using BlogPadPro.  Let’s see what it looks like.